No Result
View All Result
Home Painting and Drawing

Famous German Artists From All Art Periods – The Top 12

by craft-art
in Painting and Drawing

Works: Over 900 drawings, 350 woodcuts, 70 paintings, and about 100 copperplate engravings 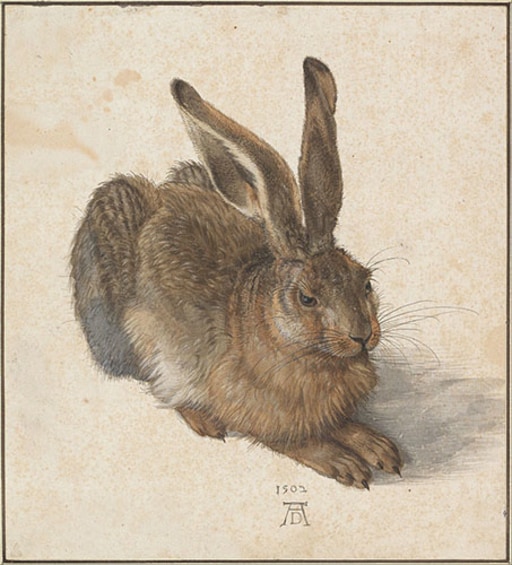 Albrecht Dürer was probably one of the most important and versatile German painters and artists – if not even in Europe. He should, therefore, absolutely be on this list. He created countless copper engravings, woodcuts, and paintings and was also an active author. He published several books about painting.

Albrecht Dürer was born in Nuremberg in May 1471 as one of 18 children of Barbara and Albrecht Dürer senior. His father was a successful goldsmith and therefore it was a natural choice that the young Albrecht Dürer was apprenticed to him. This was also the starting point for his artistic career.

Dürer’s painting style is characterized by portraits, altarpieces, and devotional pictures. His artistic focus was primarily based on his groundbreaking engravings and woodcuts. They were extremely detailed and close to reality.

In one of his most famous works, “Adam and Eve”, he captures the perfection of the first couple in the world and shows it in idealized, almost symmetrical poses on both sides of the tree of knowledge. Dürer worked incredible details and subtleties into the lines of the engraving – very beautiful to see in the bark of the tree as well as the skin of the main characters.

Dürer contracted a disease during a journey to the Netherlands in 1521. The disease was believed to be malaria. From that time on, he was accompanied by attacks of fever and visits to doctors at regular intervals until his death. Albrecht Dürer finally died in 1528 at the age of 56. 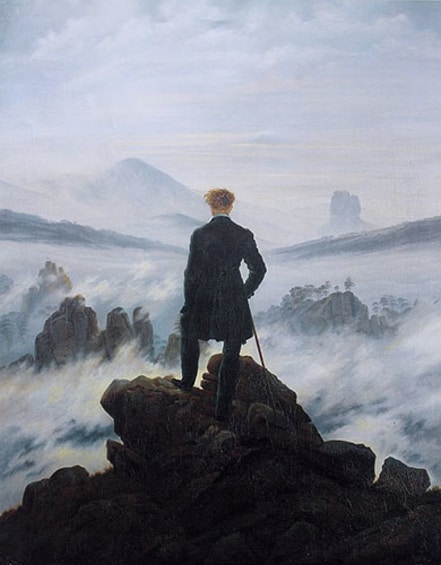 The Wanderer Above the Sea of Fog, Caspar David Friedrich [Public domain]

Caspar David Friedrich was a landscape painter from the period of German Romanticism, and was one of the most famous German painters of the 19th century. His later works with landscapes, in which people are present and stand out against the landscape, the sky, or the sea, are particularly sought after. The focus was on nature and the unity and spirituality associated with it.

Friedrich was born in Greifswald in 1774, studied in Copenhagen in 1798, and started his career from that point on. He achieved considerable success, but due to the movement at the time, he was increasingly suppressed and forgotten. He even fell out of favor in the second half of his career. Accordingly, Caspar David Friedrich died poor and unsuccessful.

His works were only rediscovered and appreciated in the middle of the 20th century. The starting point was an exhibition in Berlin in 1906, where a cross-section of his work was shown. These works inspired painters from Expressionism and later Surrealism and gave Friedrich a high degree of recognition.

Works: over 9000 paintings and drawings 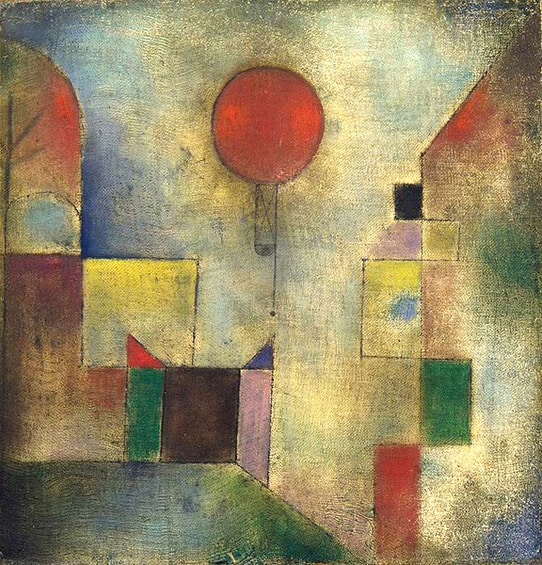 Paul Klee was an extremely active draughtsman and painter who was born in Switzerland but had German citizenship. During his career, he drew and painted over 9000 drawings and pictures. He used an unbelievably large number of painting surfaces and materials.

From cardboard, paper, wood as well as canvas, page, jute and cotton, Paul Klee used it all. He glued pieces of these materials onto the frame and then painted them. So he worked with paints as well as with different structures – something which makes his paintings so unique. He was also ahead of all his other artist colleagues: his eagerness to experiment knew almost no limits and moved outside of all known conventions.

Otto Dix must be mentioned in the ranks of the famous German painters. He belonged to a new art form, the so-called “Neue Sachlichkeit”. He was heavily influenced by his experiences from the First World War, which he processed in his works.

He originally studied art and was then drafted for the First World War. After that, he developed his very own style. These were partly grotesque portraits and disturbing war pictures and visions. He showed the corruption and demoralization of Germany after the defeat in World War I. His depictions were realistic and unsparing, but nevertheless, they contained a satirical side. 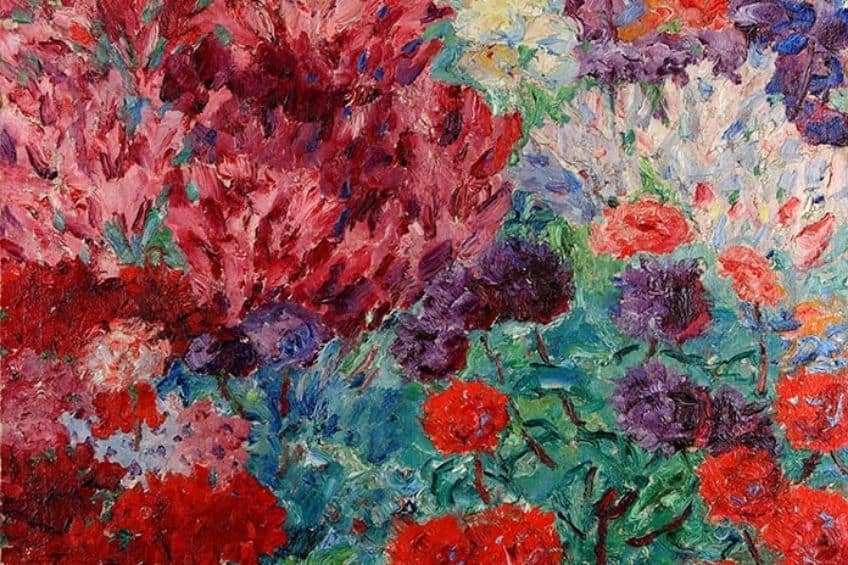 Emil Nolde was an expressionist artist from Germany, who became known above all for his flower designs and landscapes. He was born on August 7, 1867, in Germany and grew up in a rural environment. Later he was active in the well-known group’s Die Brücke and der Blaue Reiter and exhibited with his colleagues in various exhibitions. He was one of the most important painters of Expressionism and combined religious imagery with the bright colors of the 20th century.

In the course of the Second World War, Nolde fell out of favor with the Nazi government. They assessed his works as “degenerate”, but this did not disrupt Nolde in his art. He turned 88 years old and created an impressive number of works that outlasted him. 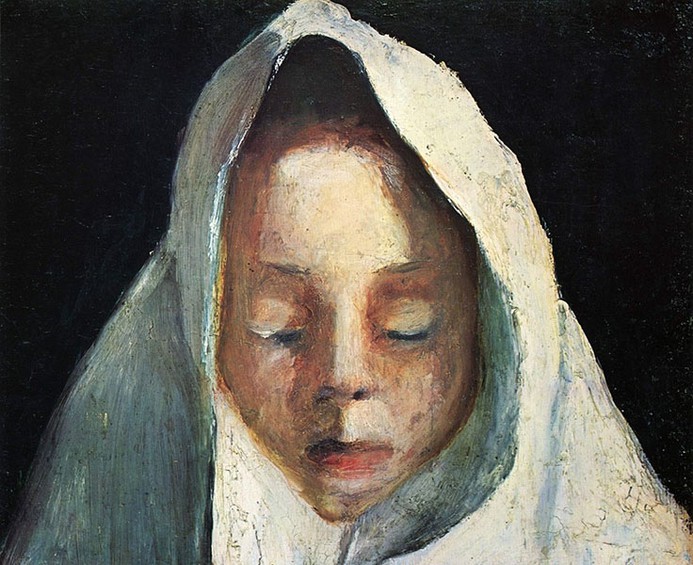 Paula Modersohn-Becker was a German painter who focused on self-portraits in the expressionist style. She also painted numerous mothers with their children and landscapes. Her works are characterized by rich colors and rough brush strokes. She primarily used oil paints and tempera paints for her works. She was one of the most famous painters of her time. Today there is a private museum about her, a film was made about her life and her works are in the collections of many famous museums. Her life was ended by an embolism at the early age of 31. 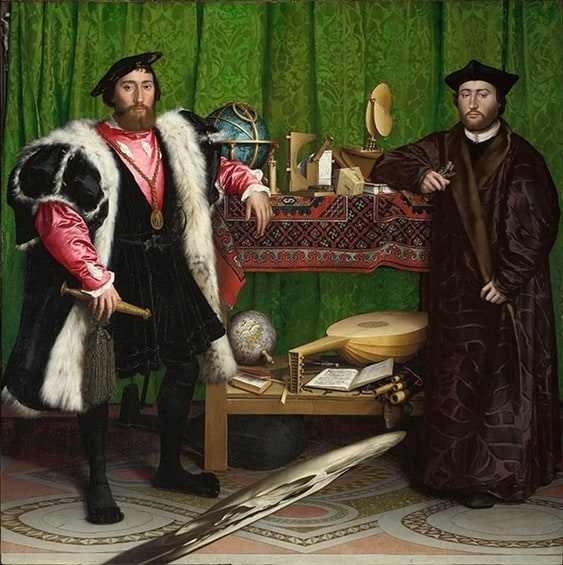 Hans Holbein came from a family of artists, which must have made a significant contribution to his artistic career. His father was also called Hans Holbein and was also a fairly well-known painter. Hans Holbein junior received his training in his father’s studio.

He settled in Basel, Switzerland, and married there. Later Holbein became court painter to Henry VIII, the King of England. There he painted, among other things, possible candidates for marriage to the king and of course various portraits of King Henry himself.

His most important work was probably “The Envoys”, which depicts his friends Georges de Selves and Jean de Dinteville, who were in the service of King François the First in France. Holbein’s paintings were a successful mixture of the beauty of things, of knowledge, but also of transience.

His portraits in particular were his most important and significant works, which he dedicated himself to. They were characterized by a high degree of realism and were very much focused on detail. Holbein died in London in 1543, presumably from the plague.

Max Ernst was an extremely influential painter, artist, and co-founded both Surrealism and Dadaism. He used a wide variety of media such as painting, collage, frottage, and film. In 1910 the foundation for Dadaism was laid, in which he played a major role together with his friend Jean Arp. Some of his most famous works were “The Elephant Celebes”, “Oedipus Rex” and “Europe After the Rain”. Ernst’s works are also in collections all over the world. 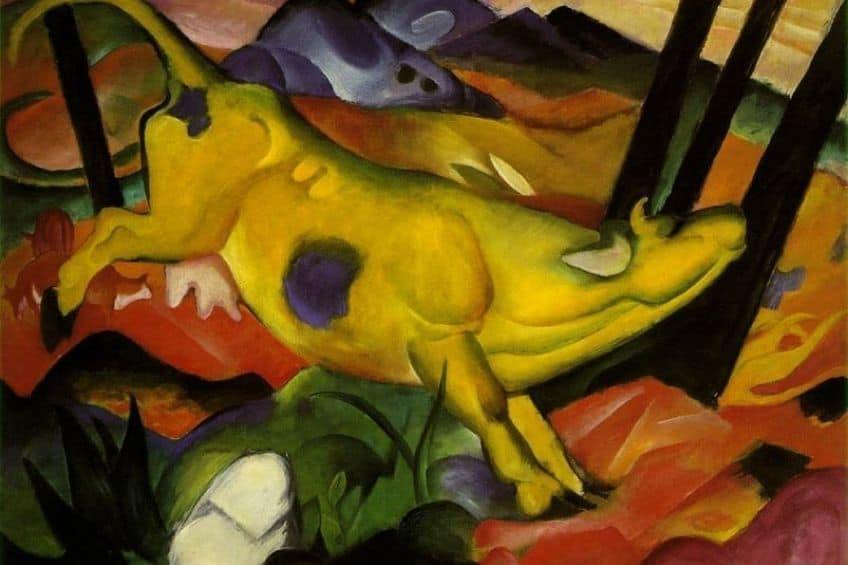 Franz Marc was a painter and artist from the Expressionist period who was known for his prints and paintings. His preferred designs were cubist represented animals, which he depicted in landscapes. His works were characterized by rich, strong primary colors.

Born in Munich, he was born with a love of painting from his father. He attended the Academy of Fine Arts in Munich and subsequently traveled throughout Europe. Marc was one of the co-founders of the well-known group “Der Blaue Reiter”, which he founded together with Wassily Kandinsky, August Macke, and Alexej von Jawlensky.

He died far too early in 1916 during the First World War. Most of his works can be found in the collections of well-known museums such as the Art Institute of Chicago, the National Gallery of Art in Washington, and several others. He is probably one of the most important co-founders of Expressionism and should certainly not be missing from this list of famous German painters.

Anselm Keifer is known for his large-format paintings, which deal with the history and mythology of Germany. He is not only a painter but also a sculptor and installation artist. He studied with the well-known conceptual artist Joseph Beuys in Düsseldorf. Later on, he was also strongly influenced by the neo-expressionist painters Georg Baselitz and Jörg Immendorf.

For his works, he uses unconventional materials such as lead, shellac, ash, and straw. Kiefer lives and works in Paris. His works are in the collections of the Art Institute of Chicago, the Museum of Modern Art in New York, and the Tate Gallery in London, among others. 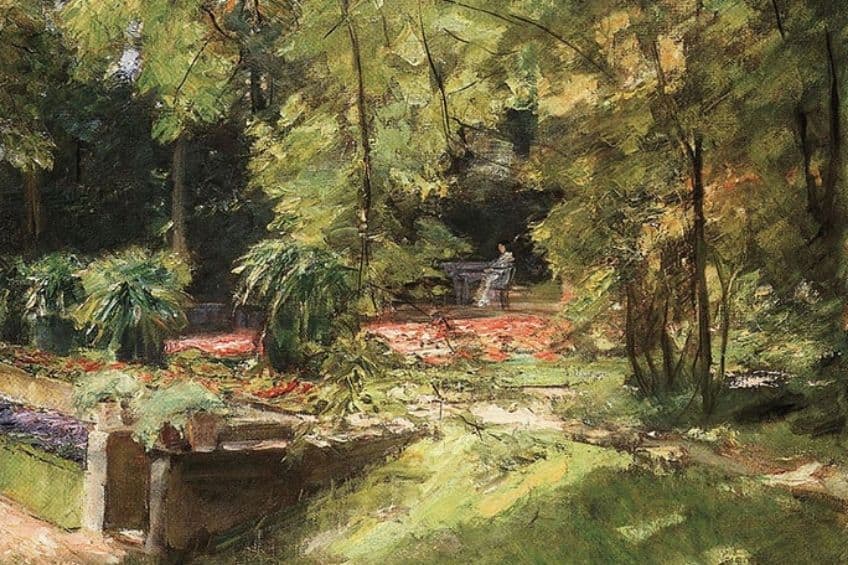 The Flower Terraces in the Wannsee Garden to the Southwest, Max Liebermann [Public domain]

Max Liebermann was a well-known Jewish German painter and one of the leading pioneers of Impressionism in Germany. He was strongly influenced by Edouard Manet. He painted landscapes and figures with a strong reference to realism. He also painted numerous portraits (around 200), including one of Albert Einstein.

He died in Berlin in 1935 while the National Socialist regime held power. That’s why his death was never reported. Only after the end of the Second World War did his works regain the attention they deserved.

Gerhard Richter is a contemporary artist, and one of the most influential German painters of the 20th century. Richter is very experimental and combines abstraction with photographic painting.

In East Germany, he became acquainted with social-realistic wall painting after the Second World War. He fled to West Germany in 1961 and studied at the art academy in Düsseldorf. He developed his very own style and used the technique of squeezing paint tubes over the canvas, among other things.

With his high degree of popularity, the revenues for his pictures also increased. In 2012 he sold one of his abstract paintings for a whopping 34 million dollars. His paintings are in collections of renowned museums worldwide.

We have compiled a list of other famous German artists/painters  for you below:

There are many famous German painters and artists that have made a major impact on the world across the ages. German artworks have made their impression across various movements and styles, with many paintings remaining some of the most sought after in their field. Germany is certainly a talented country, and the names listed above represent some of the most prolific artists that have emerged from here.

Best Acrylic Paint – Find the Perfect Colors for Your Art

Get the latest informations, tutorials and inspirations about arts and crafts with the newsletter from craft-art.com

Thank you for signing up to the craft-art.com newsletter. Please check your mailbox and confirm that we may send you news about arts and crafts.